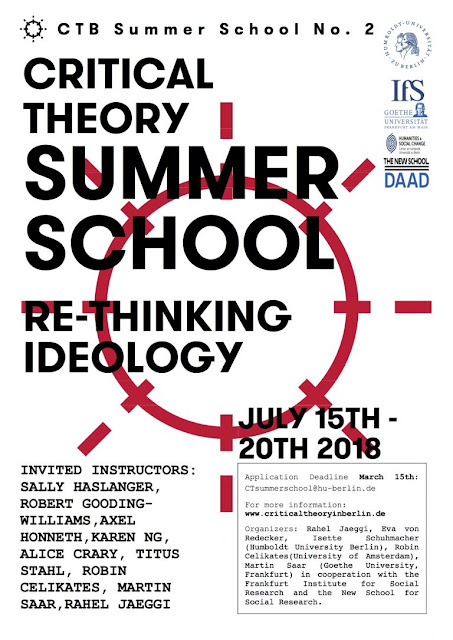 Humboldt University Berlin
Why do people often accept, and even embrace, social and political conditions that seem to run counter to their own interests? How is it possible that we sometimes support forms of domination with our ways of behaving and thinking without intending or even realizing it? One answer to these questions refers to the notion of ideology. Ideologies are more or less coherent systems of practices and beliefs that shape how individuals relate to their social reality in ways that distort their understanding of what is wrong with that reality and thereby contribute to its reproduction.
The summer school will seek to clarify the meanings and theoretical roles of ideology, as the concept has been prominently developed from the writings of Marx via Critical Theory in the tradition of the Frankfurt School to more recent debates in feminism and analytic philosophy.
Key contemporary protagonists of ideology critique like Sally Haslanger, Robert Gooding-Williams, Axel Honneth, Alice Crary, Karen Ng, Titus Stahl, Robin Celikates, Martin Saar and Rahel Jaeggi will be present at the summer school and facilitate debates both of key texts from canonical authors and of their own systematic positions.
We will discuss questions such as: What is ideology and in which sense are ideologies false or deficient? How do ideologies come into existence and how do they function? On which basis and from which standpoint can ideologies be criticized? What is the continuing relevance of the notion of ideology for a critical understanding of our social and political reality and especially of phenomena such as racism, sexism, neoliberalism and right-wing populism? How does ideology critique compare to other modes of immanent criticism, such as genealogy, performative critique and rational reconstruction? And how can the significant methodological, theoretical and normative challenges to traditional understandings of ideology be addressed?
The summer school will involve plenary lectures and discussions, reading sessions, smaller group discussions and panel debates in order to stimulate debates across paradigms.
To apply for participation, graduate students and junior scholars are invited to submit a precis of their take on core concerns of ideology critique and a CV (each document 1 page). The precis should show which particular background knowledge and systematic positions the applicants would bring to our joint discussions.
Deadline for applications: March 15th 2018, by email to: CTsummerschool@hu-berlin.de
There is no fee for the Summer School, but participants have to fund their own travel, accommodation and catering.
There will be some funds available for which international students without access to institutional reimbursement can apply in order to subsidize their travel costs. 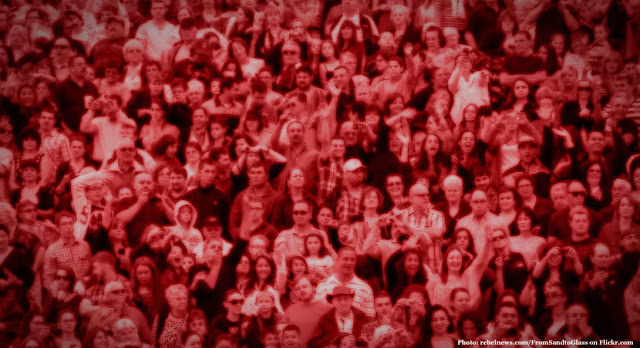 Property-Owning Democracy and the Socialist Alternative

Invited Speakers:
Raul Magni-Berton (Sciences Po Grenoble)
When: 3-5 July 2018
Where: Auditorium of the Instituto de Letras e Ciências Humanas (ILCH), University of Minho
Organization: This event is co-organized by the Centre for Ethics, Politics and Society of the University of Minho and the Philosophy Department of the University of York.
Convenors: Roberto Merrill, Daniele Santoro, Alan Thomas
Contact: 9thsummerschool@gmail.com

Description
In recent years there has been a resurgence of interest in issues at the intersection of political philosophy and public policy. In particular, attention has increasingly turned to the question of what kind of institutions and policies would be needed in order to create a significantly more just society.

Originally prompted by John Rawls’ A Theory of Justice (1971, 1999), and later on in Justice as Fairness. A Restatement (2001) the concept of property-owning democracy has gained interest in the last decade as an an alternative to welfare-state capitalism.

According to Rawls, the aim of property-owing democracy is “to disperse the ownership of wealth and capital, and thus to prevent a small part of society from controlling the economy, and indirectly, political life as well. By contrast, welfare-state capitalism per¬mits a small class to have a near monopoly of the means of production” (2001: 139). The  widespread ownership of productive assets, as well as of human capital, is thus not about assisting the most disadvantaged by means of welfare policies and redistribution, but instead to enable citizens to realize their life-plans in a condition of relative economic equality and reciprocity. The idea of a property-owning democracy bears important similarities with other attempts among liberal democratic socialists and left-libertarians to contain the perverse effects of market concentration of wealth and  ensure a pre-distributive entitlement to citizens irrespective of their working status. At the same time, property-owning democracy has been criticized for assuming that the capitalist system can be effectively reformed to ensure social justice. These topics are of growing interest within academia, where they features prominently in recent debates in philosophy, history, law, political science, and economics. In this summer school we will discuss insights emerging from philosophical reflection on the nature of these topics and think about the normative principles guiding the organization of a property-owning democracy and its socialist alternative, as well as its possible public policies, such as the allocation of capital grants.

Format
The course features two keynote speakers, who will each deliver two lectures, and several invited speakers. In addition, we invite the participation of PhD students, postdoctoral scholars and established researchers to present their ongoing work on the topics of this year’s school. This year we will also host a symposium on Professor William Edmundson’s book, John Rawls: Reticent Socialist, Cambridge University Press, 2017.

Participation
If you intend to participate, send an e-mail to 9thsummerschool@gmail.com with your name, institutional affiliation, and a short biography by May 15, 2018. If you would like to present your research (whether in the general session or in the symposium on Professor Edmundson’s book), please send also a title and an abstract of 300-500 words.

Registration fee
The registration fee for presenters or attendance only is 100 Euros. A reduced fee of 70 Euros applies to participants with an affiliation from countries with a developing economy (for a list see here). We will provide a participation certificate to all participants.
Payment by bank transfer to:


More information on the school program and accommodation can be found on the Centre’s webpage.

The São Paulo Advanced School of Social Sciences will be held from 23rd to 29th March, 2018, at University of São Paulo. It is organized by the Brazilian Center for Analysis and Planning (CEBRAP, Brazil) and the Maria Sibylla Merian Centre in Humanities and Social Sciences Conviviality in Unequal Societies, funded by São Paulo Research Foundation (FAPESP).

Organized around the theme Dynamics of Contemporary Democratic Society, the Advanced School of Social Sciences will offer a concentrated, high level discussion on different dimensions of contemporary democratic societies with a multidisciplinary approach.

The lectures will be held in English.

Globalization and inequalities: what we have learned from international experience

Democracy and inequalities: theory and empirical findings of the project “Trajectories of Inequalities”

Democracy and corruption in comparative perspective

Round Table: Democracy and democratic controls

The tasks of a critical theory of society